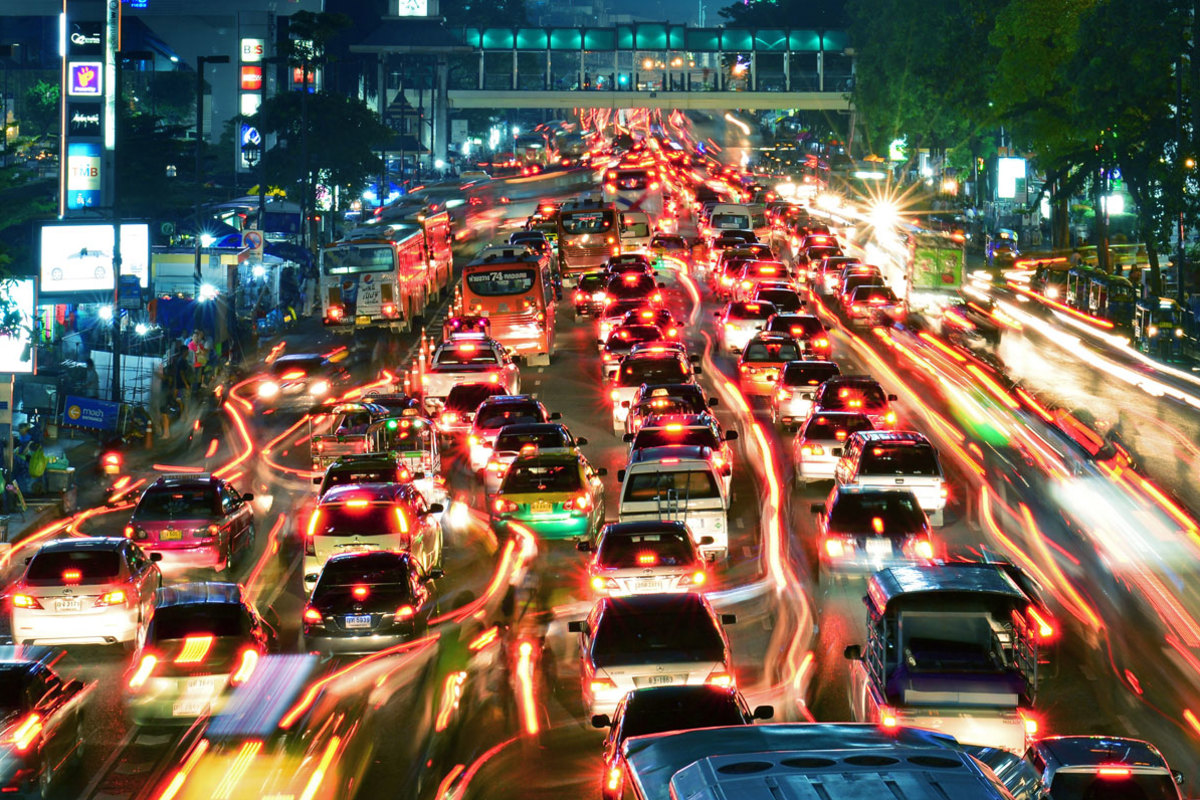 Travel in Thailand is always fun as long as you go with the flow. It takes many forms, from the ubiquitous tuk-tuk to luxury limousines, but no matter how you travel it is an experience fraught with elements of organised mayhem, frustration and a good deal of karmic luck.

Take a taxi or motorcycle taxi in Bangkok and you surrender yourself to the forces of fate. Most taxi drivers share the belief that no matter how you drive your future is beyond human control and therefore taking precautions is largely an exercise in futility.

This being said, rules of the road are observed, traffic lights obeyed, etc. and if asked all taxi drivers will comply with your desire for greater caution no matter how absurd it may seem to them. Like most things in Thailand, it’s not so much what you say but how you say it.

Traffic in large urban centres is a major problem, the result of a huge increase in the ownership of private cars, but, in Bangkok at least, the advent of the BTS Skytrain and the MRT Subway, a fast and efficient alternative to getting about, has made intra-city travel a great deal easier. 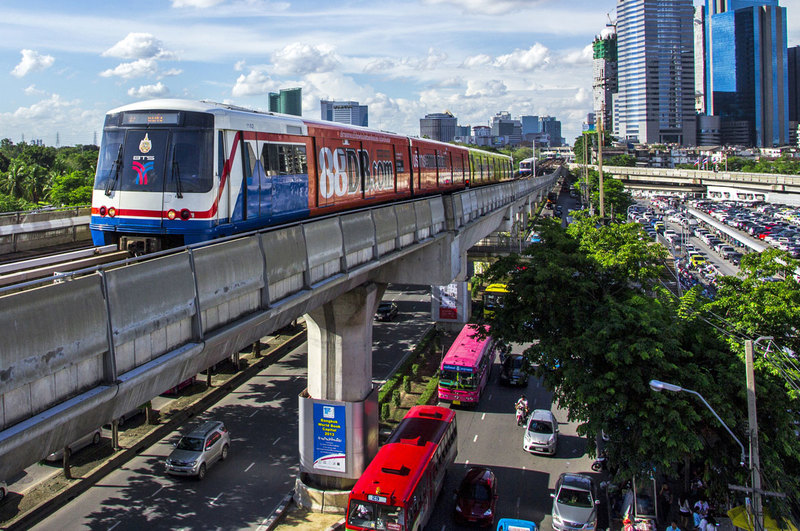 For the more adventurous, the motorcycle taxi, a relatively recent addition to the transport network, makes keeping appointments that much easier though the risk of going prematurely grey is much increased. Keep one hand on the driver and the other on your lucky amulet.

Thailand’s highway network is extensive, some 390,000 kilometres, and inter-city travel is dominated by buses, coaches and mini-vans, all of which offer differing levels of comfort and efficiency. Thailand’s train system runs throughout the country and is a comfortable, safe and cheap (by western standards) form of travel, but it’s well worth remembering that prior to popular festivals, of which there are many, tickets, usually booked well in advance, sell out quickly.

Songtaew, ‘two rows’ in Thai, are pick-up trucks with two benches and are found pretty much everywhere. They are cheap and can be hailed by simply waving a hand. They operate within towns and also connect towns and villages. Some, as in Phuket, connect the beach resorts to Phuket town, usually for a fixed fee. They are especially popular with locals and backpackers and can be a fun way to travel and practise your Thai the same time. 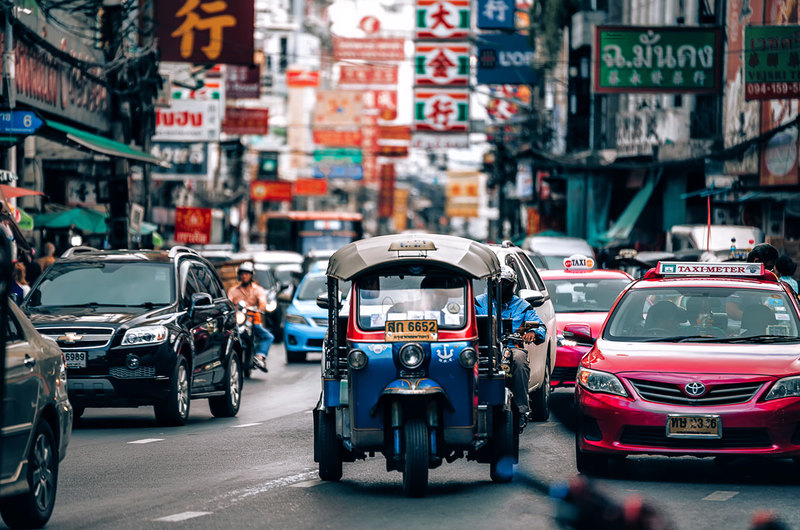 Tuk-tuks, found all over Asia in various forms, are Thailand’s famous three-wheeler taxis, and operate in most cities throughout the country. They are the perfect way to travel about town though quite a bit more expensive than motorcycle taxis and songthaews. The first tuk-tuks were imported from Japan in the 1930s and have grown in popularity ever since.

It is an exhilarating experience to watch your driver expertly navigate through the traffic congestion with consummate ease as you inhale a piquant cocktail of distinctively Asian fragrances, some decidedly noxious, that will linger in your olfactory memory long after your trip has ended, to be delivered far more safely and soundly than most other forms of transport to your destination.

One of the most fascinating modes of travel in Thailand has to be along the waterways, the numerous rivers and canals, which offer a tantalising glimpse of what life was like in times past. Thailand is justly famous for its glorious beaches and aquamarine seas but for those who venture a little off the beaten track adventures of a very different kind await. 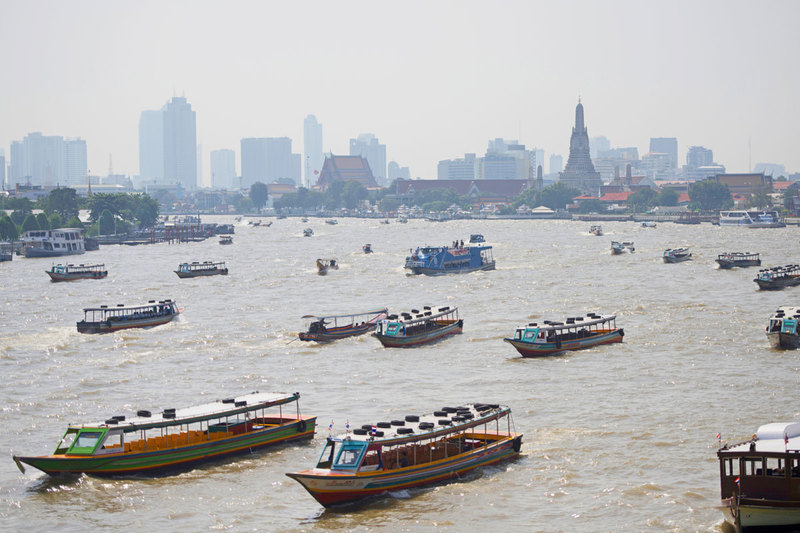 Several of the country’s rivers make their way south to the Gulf of Thailand with scores of tributaries and canals connecting to one another along the way. From Bangkok trips lasting a few hours to half a day can be booked and allow the traveller ample time to enjoy the sights and experience the hustle and bustle of floating markets such as Amphawa in Samut Songkhram, a couple of hours drive from Bangkok. The old capital of Ayutthaya, once a vast, cosmopolitan city, larger than contemporary Paris or London in its heyday, also has a number of interesting boat trips, by long-tail or barge, exploring the historical ruins of a city once called the ‘Venice of the East” by European travellers.

Indeed, water transport has powered the growth of cities like Bangkok for centuries and today on the Chao Phraya you can still see enormous barges hauling cargo, ferries and water buses carrying commuters and tourists, private tour boats and cruise yachts. But, perhaps the most distinctive and quintessentially Thai river craft is the long-tail boat, shaped like a large canoe with a powerful truck engine and a drive shaft that extends out two metres or more over the stern into the water. They are a perfect means of seeing Bangkok’s major tourist attractions and temples, though the ride can be a little wet and wild at times as the boat ploughs its way through the tea-coloured waters.

Many of the canals, khlongs, date back to the time of the Khmer Empire and have been in use ever since, as Thais built their houses on stilts along the canal and riverbanks and a thriving settlement grew in Thonburi on the west bank of the river. It is all very redolent of a time when water played an integral part in the everyday life of the Thais, who navigated along the waterways, fished in the waters and used it to irrigate their rice crops.

There are several well-known floating markets within close proximity to Bangkok, which were once merely the place where locals bought their daily produce but have now become something of a tourist trap, still well worth a visit though for the sheer colour and vibrancy of the occasion and the chance to see how very different and charming and quaint Bangkok once was. Times change and cities evolve, not always for the better, but these little enclaves provide a reminder of how picturesque and timeless the best things in life can be. 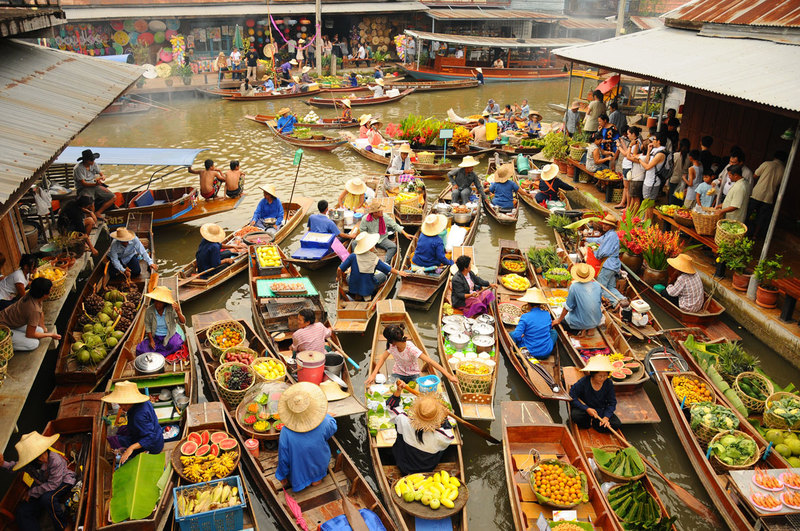 No matter where you are on your watery journey as you shop for trinkets and souvenirs, wonderful food and fresh fruit is never far from reach, foot massages are available for the weary, and a cool drink is always on hand to savour as you watch the sun rise or set on one of the most spectacular sights that Asia has to offer.

Thailand, for most western travellers, is an assault on the senses, almost always pleasant, and in many ways unique in Southeast Asia, and travel within the country can be a hugely rewarding experience, scenically, culturally, architecturally and spiritually, and best embraced by surrendering to the cultural mores of the people who have fashioned this marvellous mix of joyous, joie de vivre and a passionate commitment to seemingly effortless style and the overriding concept of sanuk, the enjoyment derived from a cherished endeavour, performed to the best of one’s ability. 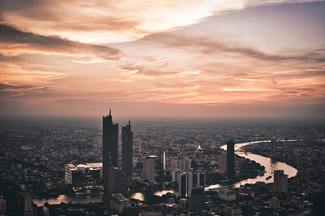 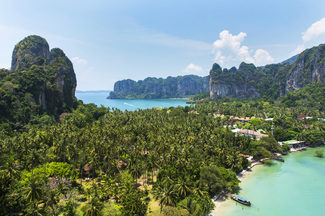 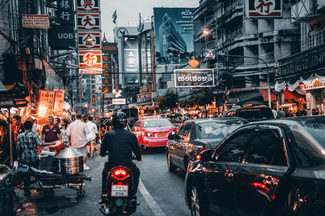