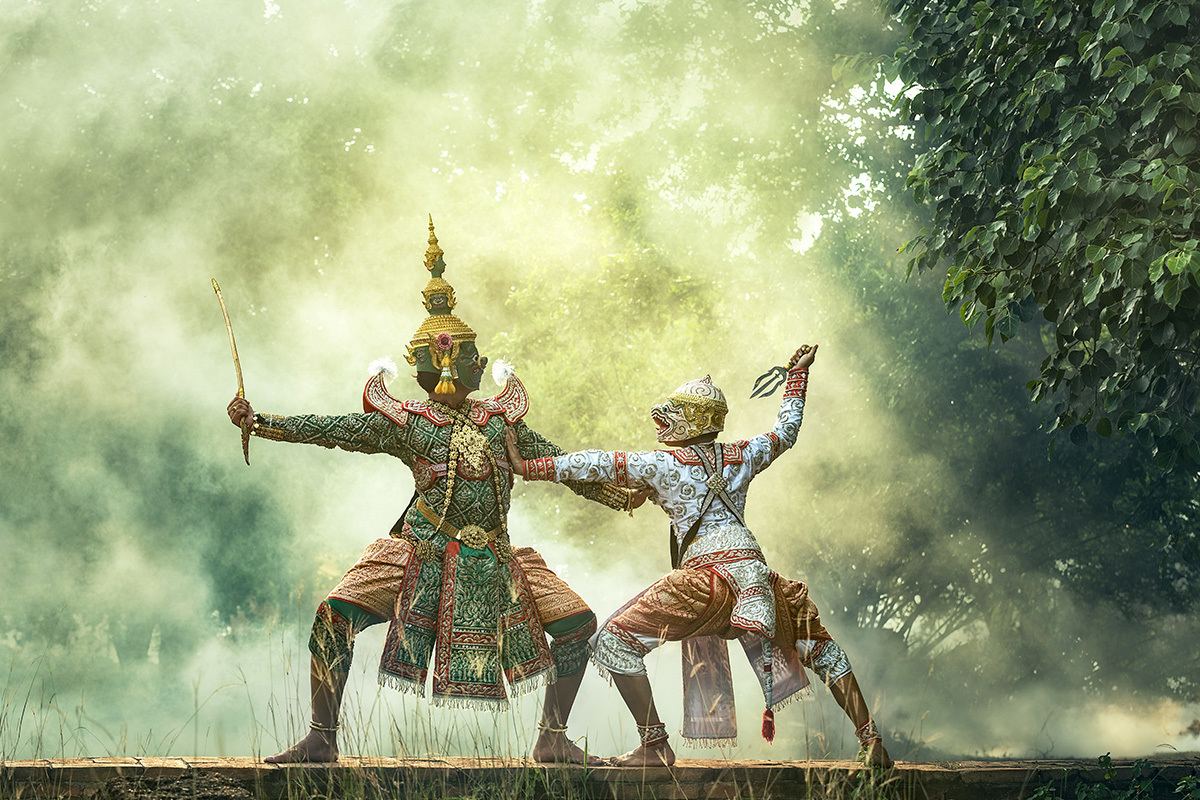 Dance in Thailand, รำไทย ram Thai, is one of the country’s most highly regarded artforms, taking on many forms with distinct regional variations and styles. The classical dance form is considered high art, whereas the folk dance, although enjoying great popularity, does not enjoy the same degree of reverence and prestige. 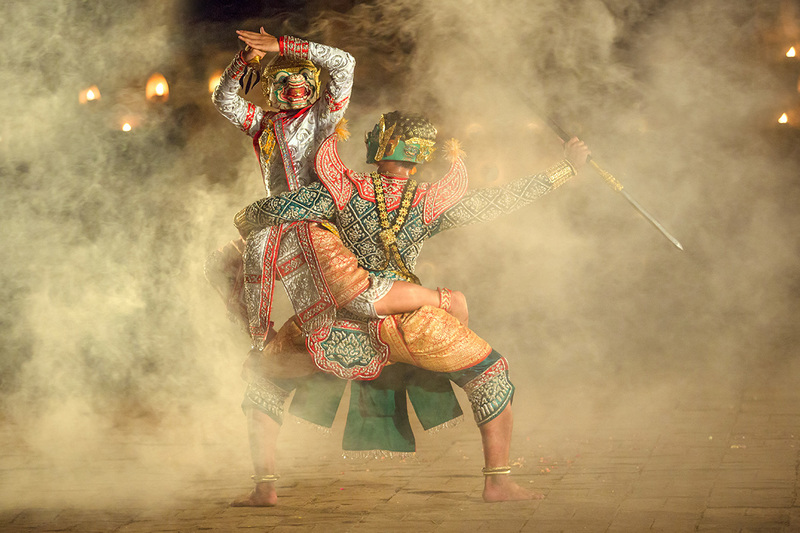 Over the centuries the classical dance form has evolved into a refined and elegant performance art, the influence of which on neighbouring countries such as Laos, Myanmar and Cambodia has been profound. Dance was a very popular form of entertainment, particularly in the royal courts in the 19th and 20th centuries, and despite the impact of Western culture generally, it has survived and continues to thrive, admired by locals and foreigners alike. 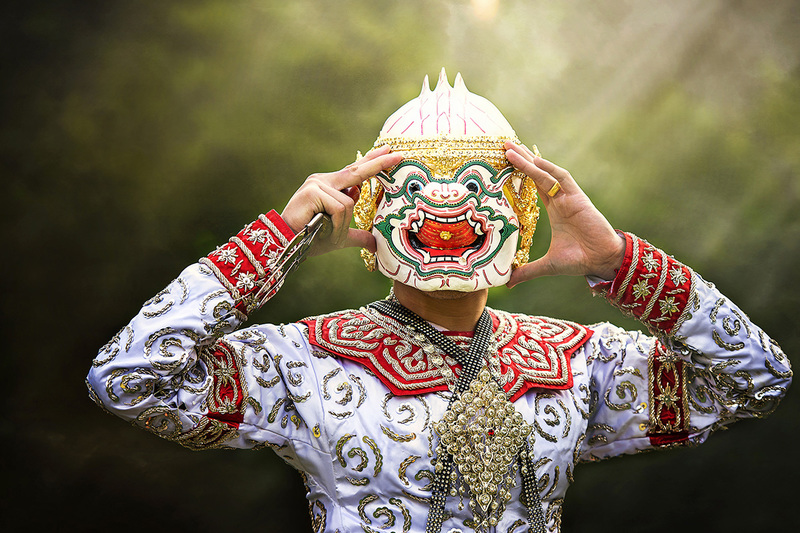 Striking masks add to the spectacle

When this artform was first established is unknown, but references to Khon date back to 1529. The first mention of Khon by European observers was during the Ayutthaya period in the 17th century, and its influence on the dance traditions of its neighbours was noticed by James Low, an officer in the East India Company army based in Penang who commented that: "The Siamese have attained to a considerable degree of perfection in dramatic exhibitions, and are in this respect envied by their neighbours the Burmans, Laos, and Cambojans who all employ Siamese actors when they can be got.” 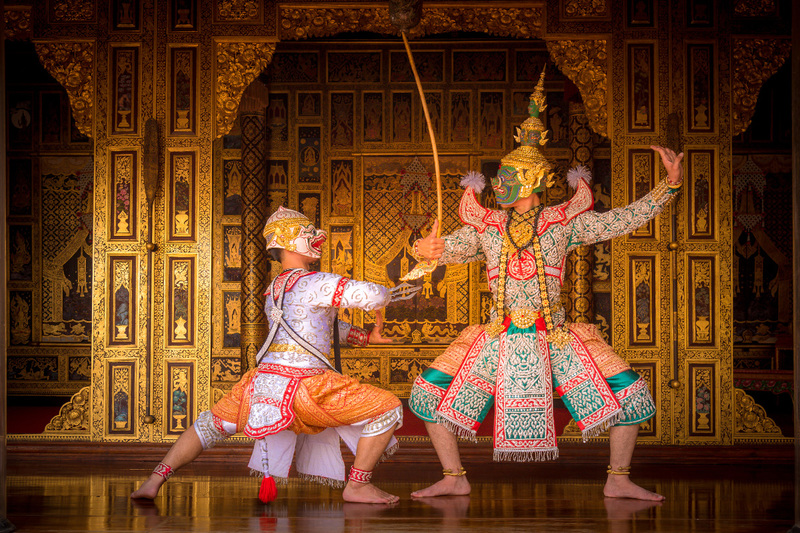 Poise and elegance are the very hallmarks of Khon Thai

Khon, โขน, the most artistically stylised of Thai dance forms, is performed entirely by male performers wearing masks, though there does exist a variation called khon phu ying, โขนผู้หญิง, which features an all-female cast of dancers, both of which were by tradition performed for the royal court. Their musical accompaniment was provided by a classical ensemble called a Piphat, ปี่พาทย์, composed of wind and percussion instruments.

The repertoire of Khon performances is mainly taken from the Ramakien, The Glory of Rama, Thailand’s national epic, which derives ultimately from the Hindu Ramayana. Nowadays, the principal characters in the drama are played by both men and women, with only the ogres and monkey characters wearing masks. 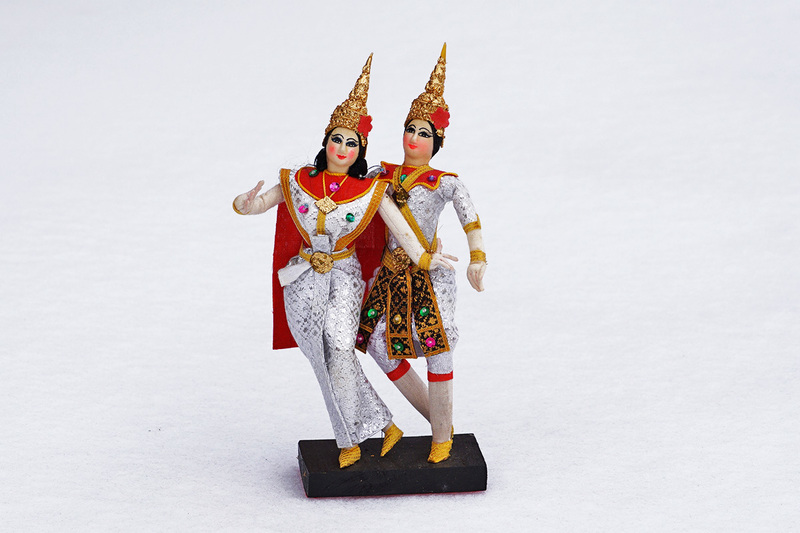 Another style of classical dance is Lakhon, ละคร, ‘drama’, which has a larger repertoire than Khon and has a number of related but distinct styles. Lakhon Chatri, from Central Thailand, is closely related to Menora, or Nora, of Southern Thailand, a dance form also performed in the northern states of Malaysia. It is delivered in an animated style of movement by a female cast to a spirited musical accompaniment, often incorporating a ribald, suggestive sense of humour. 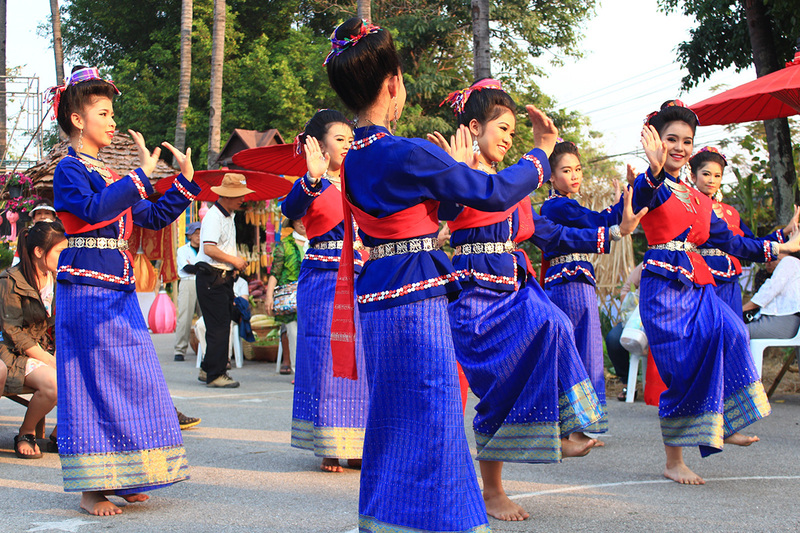 Other styles include Lakhon Nai, most likely taken from Lakhon Nang Nai, ‘Theatre of the Palace Ladies’, but there is also an all-male group of performers known as Lakhon Nai Phuu Chai. Lakhon Nok is believed to have originated during the Ayutthaya period and although based on folk styles is similar to Lakhon Chatri in most respects.

Fon, ฟ้อน, a form of folk dance that originated in the north of Thailand, performed to the sound of traditional folk music of the region.  Other styles have developed from the original form and are often specific to a town. Fon Lep, the fingernail dance, hails from Chiang Mai, while Fon Ngiew is a Chiang Rai style. In Fon Lep, the performers wear six-inch long artificial brass fingernails, and in Fon Ngiew scarves are used, and although similar in style to Fon Lep, it is faster paced.  In the Fon Tian, which always take place at night, performers hold candles.

There are a great many different and very popular folk dance styles throughout Thailand defined by the regional origins. In Central Thailand one particularly intriguing dance originates from Krabi Krabong, กระบี่กระบอง, literally ‘sword and stick’, a traditional martial art based on sword combat using long and short sticks. Before competition begins ritual dances are enacted as a traditional display of respect. 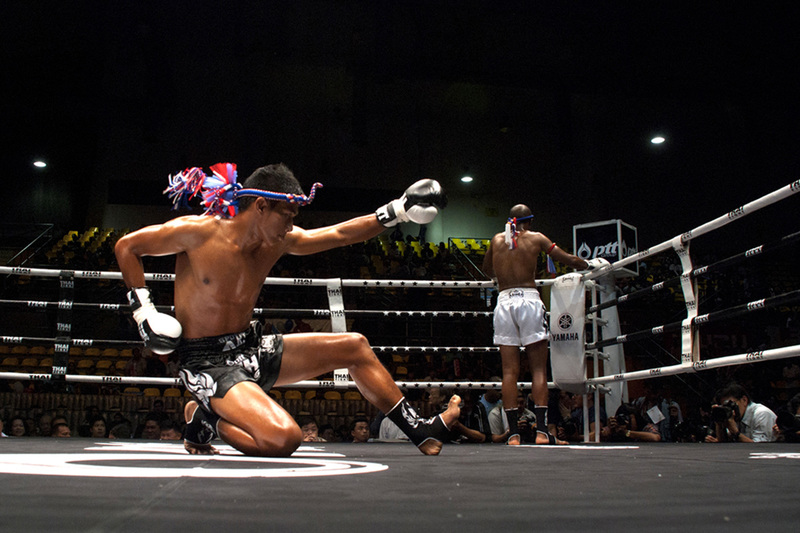 The Wai Khru Ram Muay, the prelude to a Thai boxing match

The Wai Khru Ram Muay, ไหว้ครูรำมวย, is the ritual dance performed before Muay Thai boxing bouts. To honour one’s teacher is an act practised throughout Thailand in any performance related artform and in Muay Thai each fighter moves about the ring paying homage to his teacher and to the deities that patronize this fighting style. The roots of this practice are said to lie in animistic beliefs and the influence of Brahmanism, brought from India. 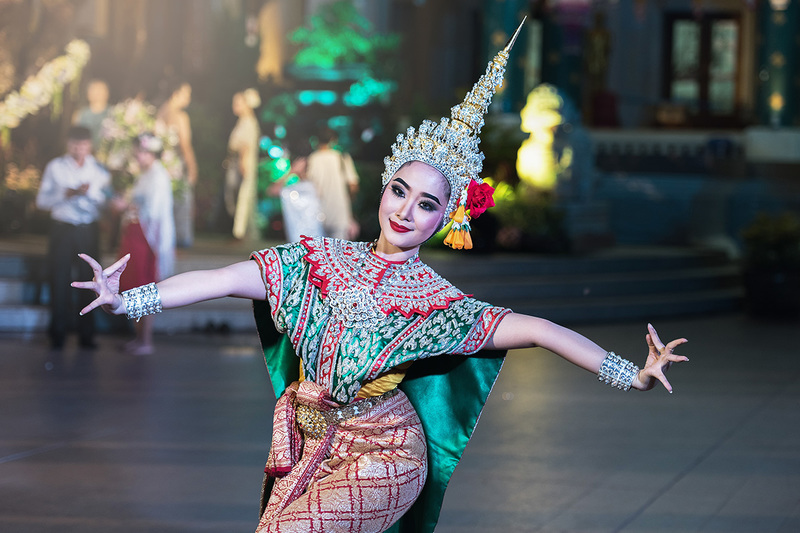 Traditional Dancer at a festival

Dance is deeply embedded in Thai culture, a greatly revered high artform and a cherished folk tradition, used to celebrate, honour and revere in so many traditions and rituals that take place in Thai society. It has a fascinating history and a tradition that extends back to an ancestral past which has reached its present forms through a constant evolution and adaptation to foreign influences, and in turn has had a profound influence on the cultures of its neighbours who all, at one time or another, fell under its beguiling spell. 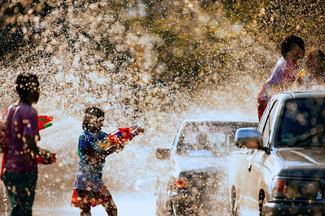 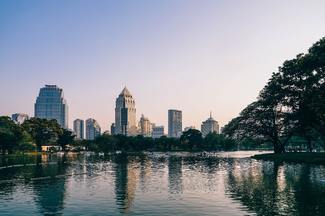 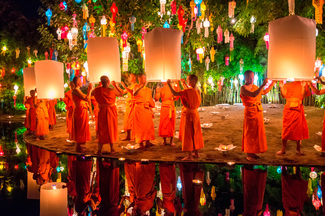