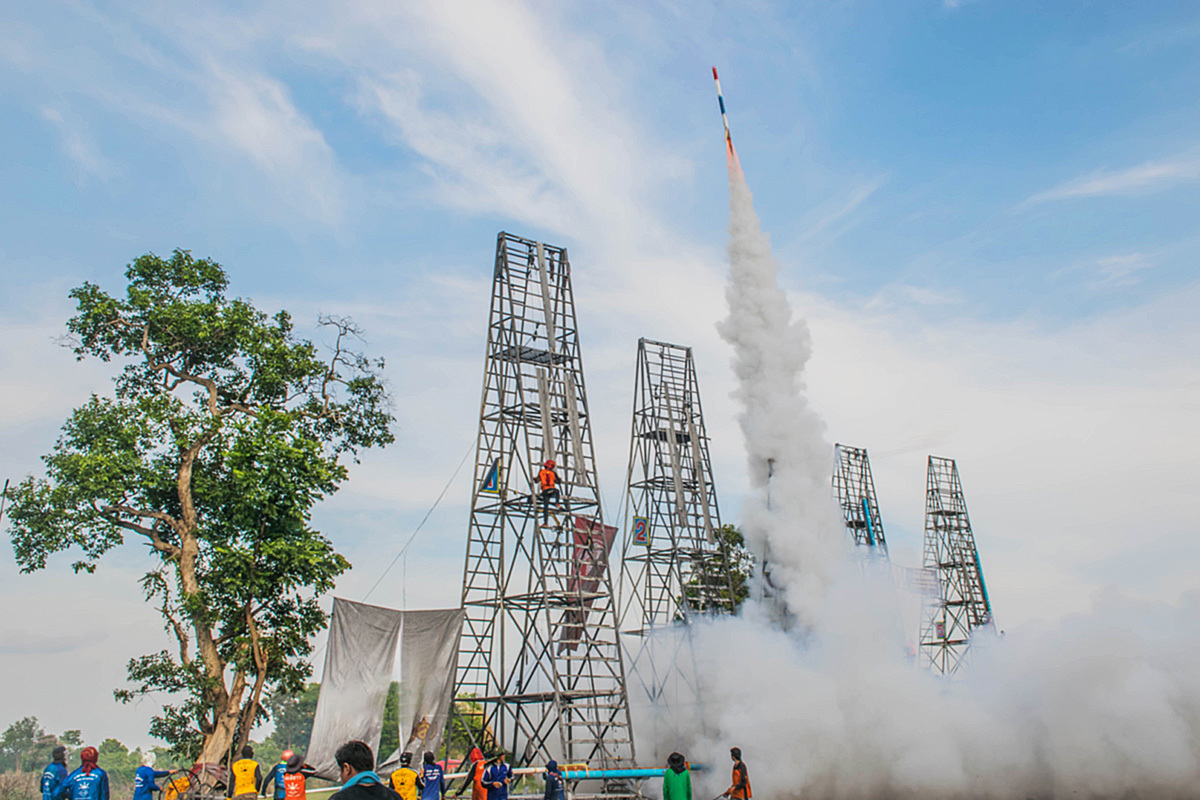 Stretching back in time to pre-Buddhist fertility rites, the rocket festivals held throughout Thailand and Laos have become spectacular events that attract tens of thousands of visitors each year. Bun Bang Fai, held to mark the beginning of the rainy season, is a time for appeasing the god of rain, Phaya Thaen, and to make merit, conspicuously so in Yasothon in Isan Province, where giant home-made rockets, packed with gunpowder, are launched into the sky. 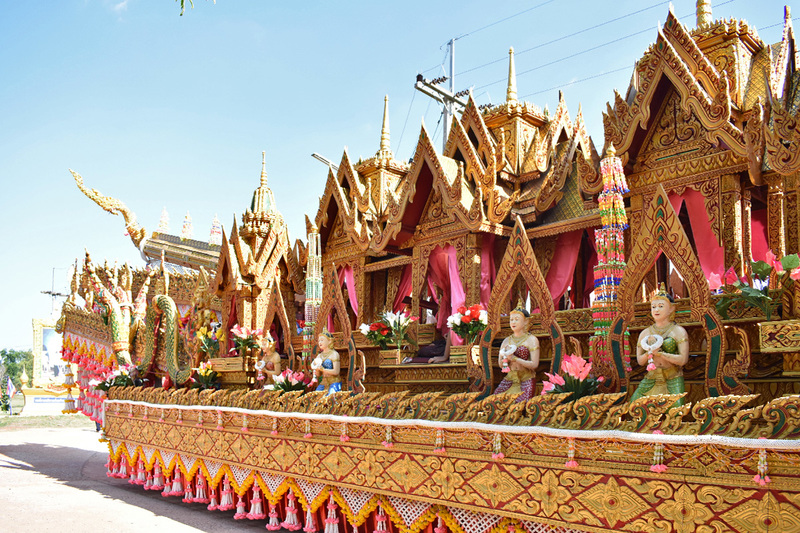 Spectacular floats parade through the streets

The festival takes place around the May full moon and apart from the launching of rockets there is a great deal of celebration that includes displays of traditional dances, parades of villagers in their finest outfits, bawdy street theatre, loud folk music and beauty contests.

Music is a big part of the festivities and all-night performances of Mor Lam Sing,the traditional song form of Isan Thais and Laotians, are extremely popular. The songs, often very lewd and bawdy, are a source of great fun for the locals but the humour is largely lost on visitors and tourists. 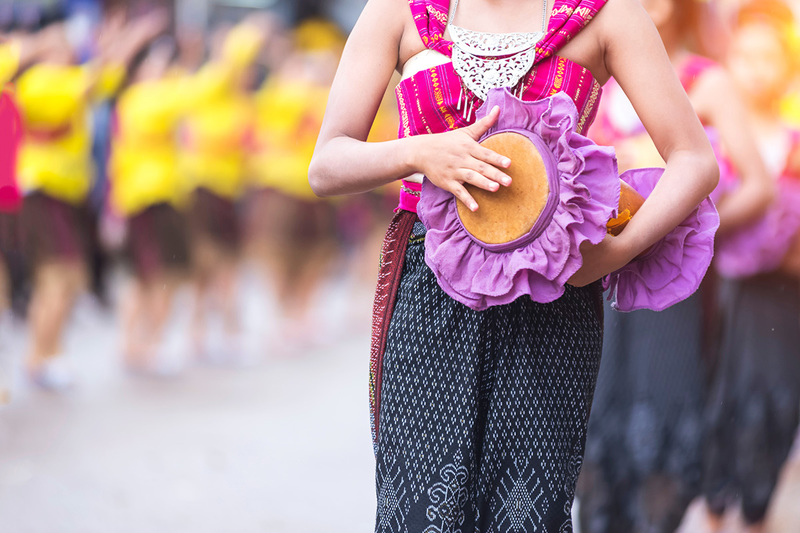 Months of preparation are needed to make the rockets, which come in all shapes and sizes, averaging about nine metres in length and packing in about 25 kilograms of gunpowder, but some behemoths weigh up to and over 100 kilograms. Before the day of the launch these rockets are loaded onto spectacular floats and paraded through the town for everyone to admire.

The procession heads off with folk dancers in the lead and men wearing frog or toad masks to honour the Toad King, Phaya Khang Khok, who in Buddhist legend brought about the restoration of the rains withheld for seven years by Phaya Thaen. The firing of rockets each year is to remind Phaya Thaen of his obligations. 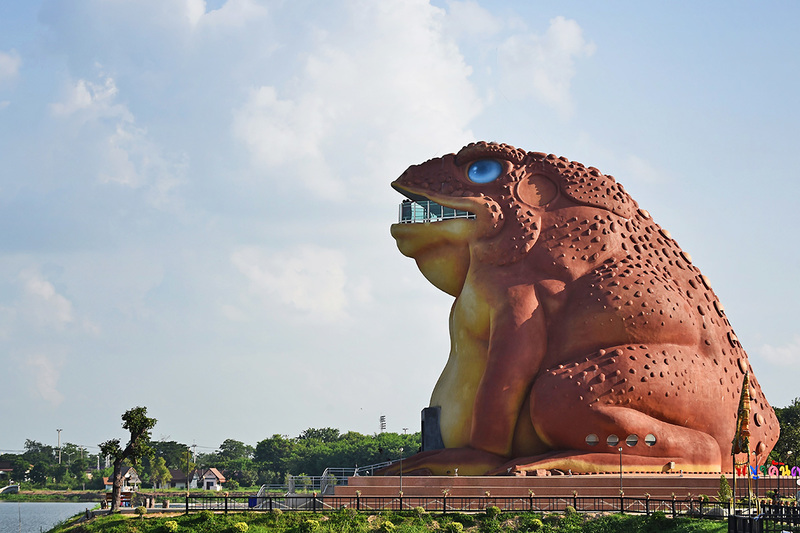 As this festival is all about fertility there is a certain amount of cross dressing and good-natured sexual innuendo that accompanies much of the celebrations and as with almost all Thai festivals having fun is all important even when competing to see whose rocket flies the farthest.

On the day of the rocket launching huge crowds gather in the Phaya Thaen Park, heavy betting takes place, stalls appear selling food, Sura(Lao Whiskey) and rice wine and the party begins in earnest. A panel sits in judgment all day as smaller rockets are fired off almost continuously and a big rocket roughly every half hour. Competing rockets are judged on the height they attain, the distance travelled and the beauty of their vapour trail. Should a rocket fail to launch successfully the team members are thrown into a pool of mud and occasionally and innocent bystander too, i.e. tourist. 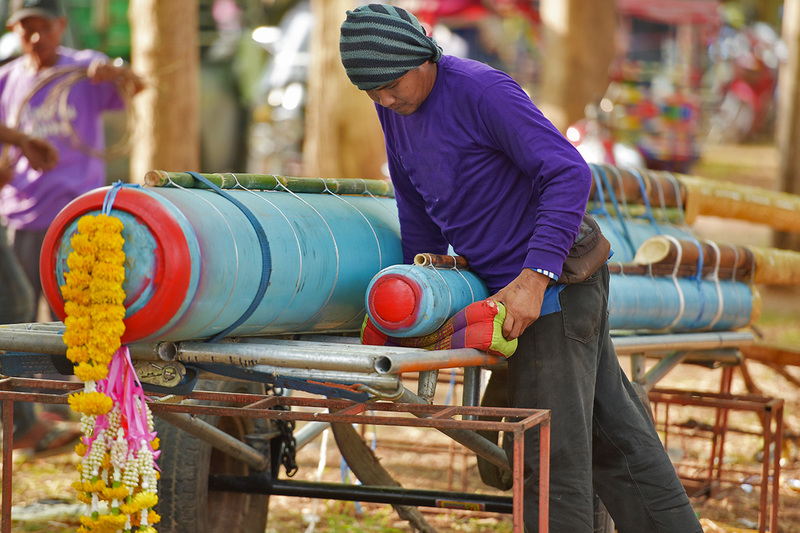 The largest rockets, some of which in the past have exceeded 120 kilograms in weight, will reach altitudes of several kilometres and being fairly basic in design almost entirely uncontrollable once launched. Needless to say there is an element of danger in all this fun and injuries are all too common, and at times have resulted in death. In 1999, one such monster exploded just fifty metres off the ground after being launched killing five people and wounding many others. It is always best to watch from a safe distance and try to find some sort of shelter.

Bun in Thai means ‘merit’ and derives from Sanskrit via Pali. Bang is the Thai word for a cutting of bamboo, from which traditionally the rockets were constructed, though nowadays PVC is more common, and Fai is the Thai word for ‘fire’. So, in a nutshell, it is a merit-making bamboo rocket.

There are many such rocket festivals held across the country but if you don’t want to venture as far as Isan to see the show you can, if you are in Bangkok, always head to Lopburi about 150 kilometres away, where the only rocket festival in the central region is held at Wat Khok Charoen.

The rocket festival is one of the more lively and exciting festivals among the many Thailand celebrates with gusto and ebullience and offers the visitor a grand spectacle and a spectacularly fun day out with just a touch of danger added to the mix. 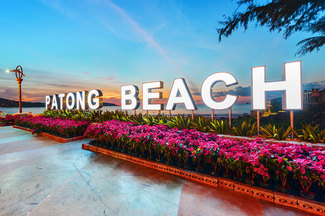 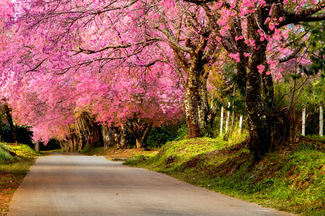 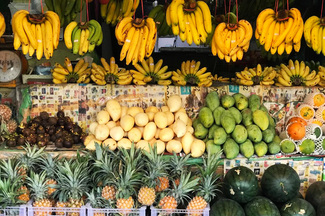